I’m overwhelmed and honored to say that my writing about traveling to Cuba has been recognized by FlightNetwork.com! Check out the article about the World’s Best once-in-a-lifetime Journeys for 2018 that just went live. I’m featured on the Judges page among esteemed global travel writers like National Geographic, Forbes, and USA TODAY!

I also wanted to share with you some unpublished pictures and unseen video from Havana and Matanzas, Cuba. Enjoy! 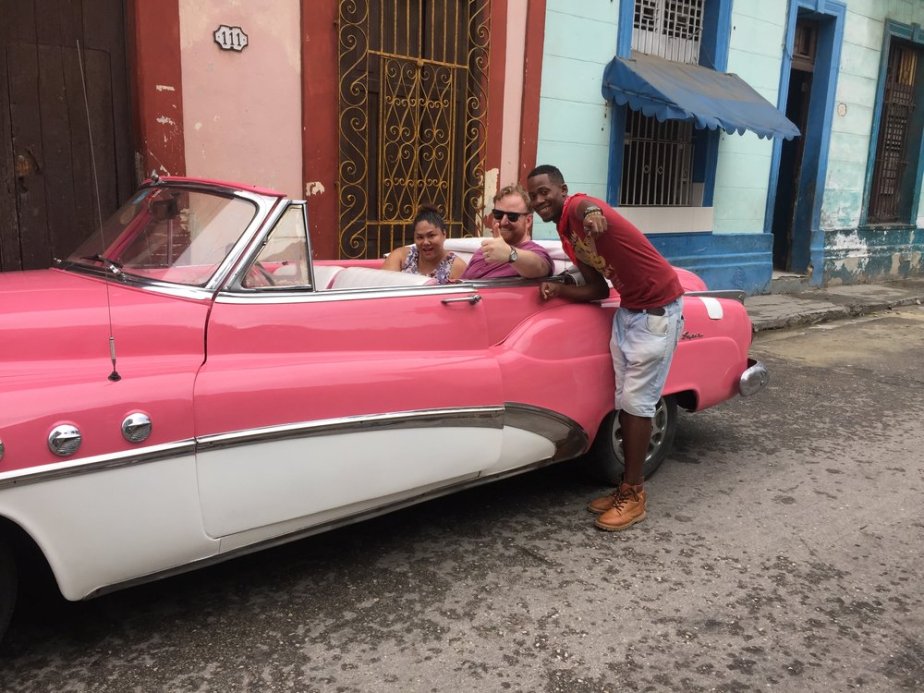 I’m a sucker for a classic car in hot pink! Our guide introduced Drew and I to the local escuela community, and Havana’s deep ties to artistic Afro-Cuban expression and Santeria. 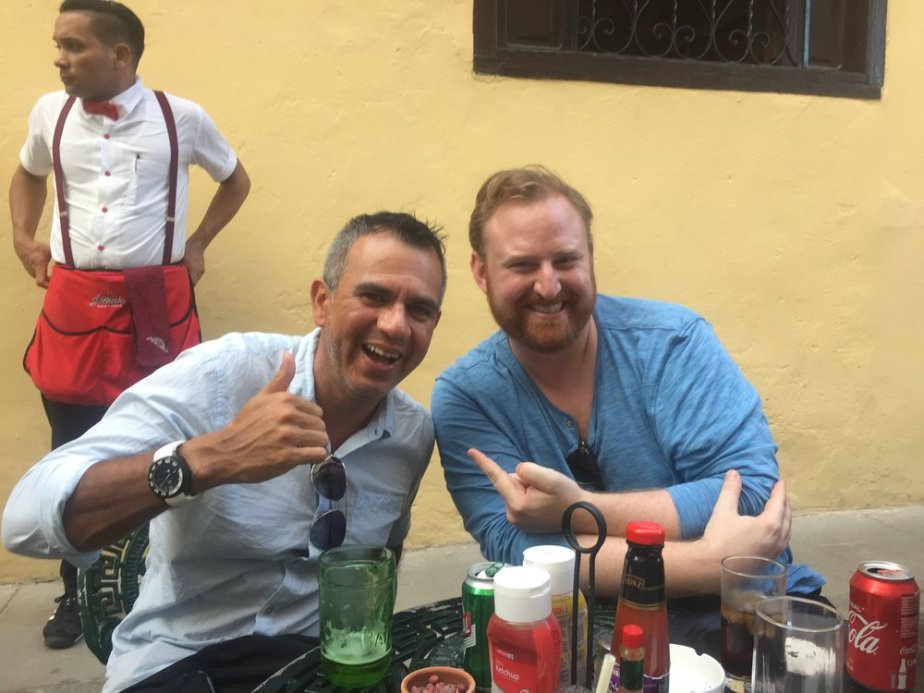 We met this fantastic man JuanCarlos at a random cafe in Habana Vieja. He’s been to Silicon Valley and said the invitation was open for us to stay with him at his home in San Jose, Costa Rica! We’re tracking you down and taking you up on that offer JC.

Soooo many cats roaming in and around Havana. They’re super friendly and chill! My tabby cat in San Francisco, CA is much more plump and is kind of a big domesticated jerk! 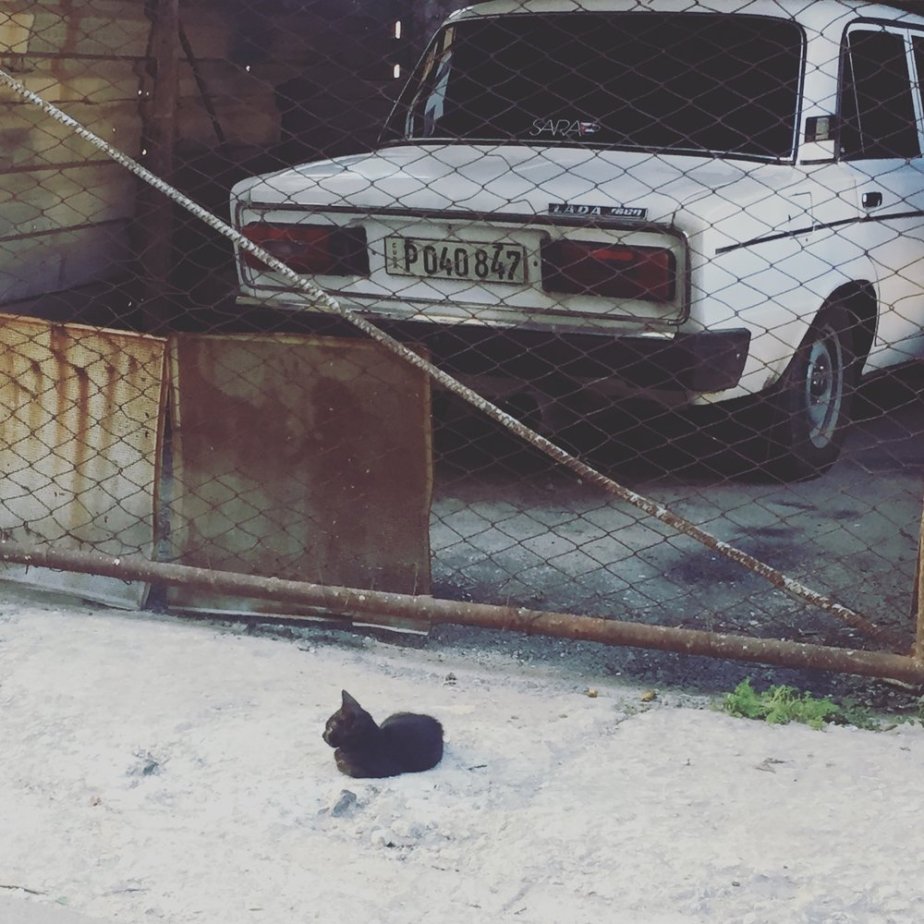 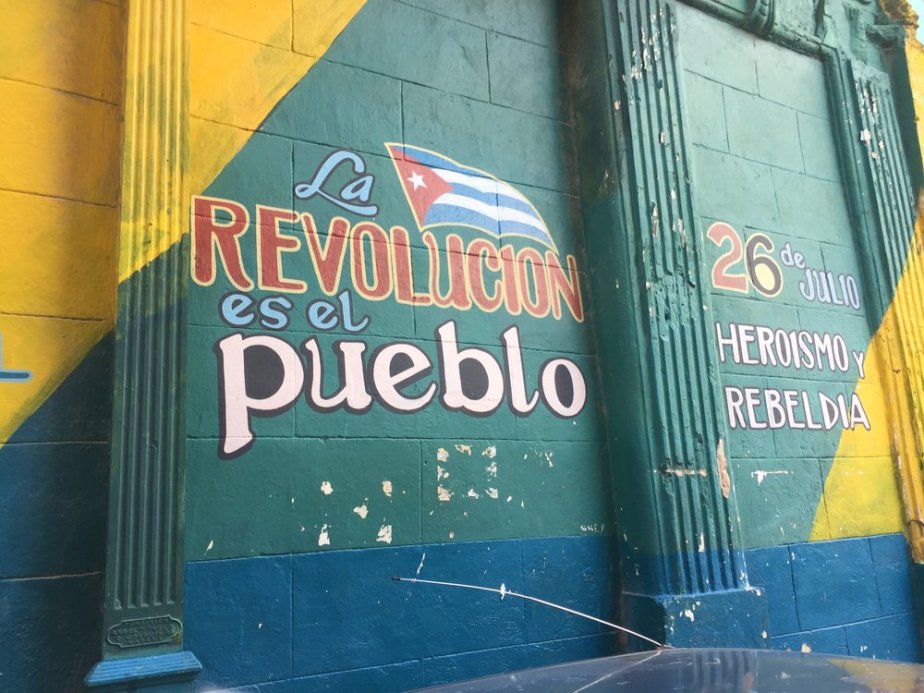 There’s no denying the rich history and complicated political dissonance that deeply impact the people of Cuba. This mural was painted in recognition of the late Fidel Castro when he was freed from prison during the 26th of July movement.

One of the best snacks I have ever had! Fried chickpeas in the town of Matanzas–– a community which was virtually untouched by tourists when we stopped by.

Bookmaking still done by hand in Matanzas for more than 100 years!

Drew was called a Viking by the artist who drew this up while we ate dinner and listened to music al fresco.

This is just one of several great artwork exhibits I was in awe of at La Fábrica de Arte Cubano. A must see!

The breathtaking view from the highway between Havana and Varadero!

A lovely woman near the Mayabeque province lent us her lighter for those strong Cuban cigarettes. It was a beautiful design! 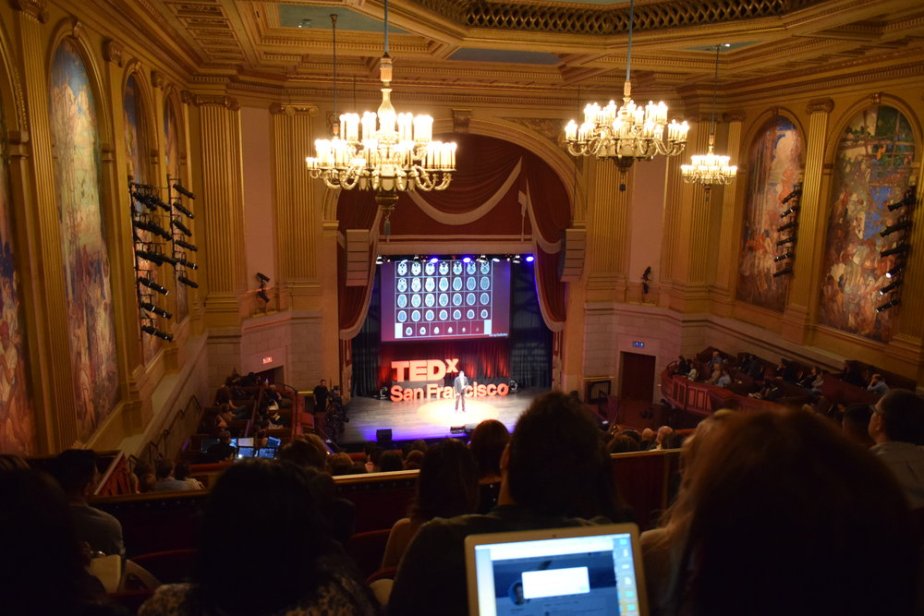 The world is a very messy, confusing place right now. So in the spirit of finding peace and inspiration, I thought I’d share my experience after attending the incredible TEDx San Francisco.

It should be noted that every person’s experience is different. After spending nearly 20 years in the business, I quit my television news career and began one of the most revealing and scariest journeys of my life.

But I had to work on one thing first– rebuilding my self-confidence. While I worked hard compiling an impressive news resume and Rolodex (analog and digital) of contacts, I was completely starting over and had no idea what I wanted to do! Not only that, I left the business with a sorely bruised ego. I spent the first three months relaxing, traveling (Havana, Cuba), sleeping, and re-energizing.  The next three were spent on giving back and volunteering. I volunteer for the Center for Urban Education about Sustainable Agriculture or CUESA for short. I also graduated from a rigorous, six-week Organizing for Action fellowship that has changed my outlook on life. I’m now the Director of Coalitions and Partnerships for OFA SF! Of course having mentors, a close circle of friends and family, and a therapist who can help me see through all the mess have been essential.

This last month or so has me back in busy bee mode. I am going out more, talking to more people, and just… connecting.

This is where TEDx San Francisco came in. The big event, which takes so much time and an army of people to plan, is intended to inspire, inform, and share personal stories of struggle, success, and hope. It was broken into four categories: Precision, Currencies, Empathy, and Intelligence. For someone looking to make a big career or life change, I figured this was a good place to start.

The popular event easily sold out but I was one of the lucky ones to grab a seat at the impressive Herbst Theater. It’s a modern space that also pays homage to San Francisco history.

I spent the entire day here so I can safely say I stayed for the whole experience that included laughs, tears, and inspiration. There were nearly 30 speakers at this event so rather than go through each one, I am detailing the Top 5 speakers who simply blew me away.

In our massively connected world, technology has always been a part of addiction and Zichermann knows all about it. He says from birth, we are wired in our brains to be addicts in order for us to stay alive. The Toronto native saw addiction in everyday life, from the massively popular Kentucky Fried Chicken’s Double Down sandwich (I’ve never tried it but it looks damn delicious) to the late politician Rob Ford’s crack adventures (there are plenty of videos and news about his downward spiral that eventually cost him his life). But addiction does not have to be a death sentence and with the assistance of good mental health programs, we can clear our minds and live our best lives. Zichermann goes into detail about ways to overcome your addictions using the Onward Method which seeks to spread low-cost, mental health care to balance your online obsessions with your offline life.

2. Mar Cabra: Head of Data and Research for the International Consortium of Investigative Journalists

No matter what I end up doing in my career, responsible journalism will always have a big place in my heart. What I didn’t know after spending years in the newsroom is that those piles of papers and documents that reporters have stacked on their desks can be pure gold. Mar Cabra is looking to archive that gold especially with the disappearance of newspapers and popularity of digitalization around the globe. This impressive journalist from Spain led a team of reporters to expose a network of corruption known as the Panama Papers. The investigation could not have been possible without the painstaking task of having to go through 11.5 million financial and legal records. Cabra says we have to reframe the way we look at sharing by creating a searchable database that we can have access to, forever. Kudos to you Mar!

All right. Get that tissue box ready. You may also want to call your mom after seeing this talk. While I have my own opinions about Blue Bottle (why did you have to sell to Nestle BB, why?), Elaine Fong had the most beautifully tragic story to share. While she found great success in her career in design, she never thought she would have to take on such a personal challenge… helping her mother end her own life. Fong’s mother was diagnosed with stage four cancer and even though she was in remission for 12 years, the disease came back and this time it was terminal. But rather than become a vegetable with a tumor behind her ear, her mother wanted to leave this world knowing who she was. Death with dignity. After a long and painful discussion, Fong says her mother died peacefully by drinking a lethal medical cocktail on her own terms. No matter where you stand on the issue, Fong left us with this question to ponder: If you could design your own death, what would your experience be like?

It is absolutely true that San Francisco has a homelessness crisis on its hands. After organizing two recent events on the issue, I am wholeheartedly trying to be more knowledgeable about the problem. Filmmaker Fran Guijarro also wants the public to have a better understanding of what and more importantly, who are affected by homelessness. Guijarro spent over 10 years and captured more than 600 hours of footage to create “Moses“, a film that tracked the life of one man who lived on the streets of San Francisco after creating music with The Beatles and The Rolling Stones. The movie is now in post-production and still needs help getting distributed! After the talk, Moses went on-stage and performed “Peek A Boo”, a song written 40 years ago that tells people that while they may not see the homeless, the homeless see you.

Now this woman was not only well-dressed (I loved the plaid dress that she sewed herself, the hair, the shirt, everything), she knows how to hustle and she wants you to transform your hustle. Catherine Hoke spends much of her time teaching formerly incarcerated men and women how to re-enter society and tap into their entrepreneurial spirit. Hoke admitted she had troubles of her own with the law and that too often, people don’t judge you by what you’re trying to accomplish now, but by what you did in the past. Her main question… What if you were only known for what you did?

So that’s it! What did you think? Of course, there were so many other inspiring talks from this day. You can see all the videos here. Let me know by commenting on this post, on Facebook, Twitter, and all the other social media connections. Ciao for now!